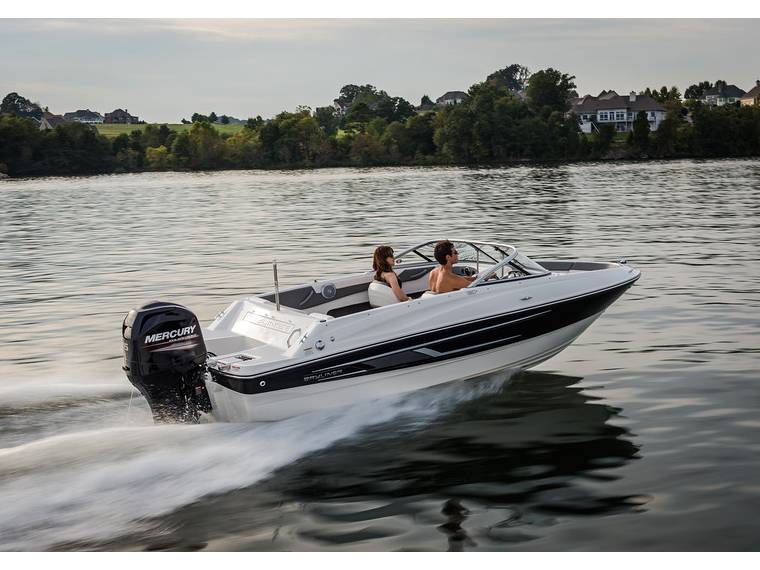 This 180, of the American firm Bayliner, is one of the most anticipated in the market for its space features, its new trimaran (or gull wing) careening, and for its price quality ratio. They adjusted some tariffs aimed at those wishing to start in recreational boating. The new Element series of one of the shipyards with the highest production in the world, intends, with these two lengths, to attract new customers and with the sufficient capacity to share navigation at family and sport levels.

The Element XL 180 presents a distribution in which the free space is used to the maximum in order to accommodate the eight seats in the boat. The aft area is occupied by a U-shaped sofa that can be converted into a solarium with an additional mattress. As in the rest of the boats, under the seats there are cubbies to store your belongings, with space for a fridge and ice in the center. The bow mimics the stern: a bank also convertible into a solarium, with chests underneath and cup holders. At half length, the height of the government post, there are two individual seats that also have cup holders and with storage space. The boat cannot be simpler and more functional. In this sense, it achieves its pretension, so it fits very well with the initiation program in navigation.

In order to sail this boat you only need Basic license or “titulín” because its legal length is 6 m in contact with the water, that you can obtain with us,  we are a Offical Academy, in the same day after four hours of practice. 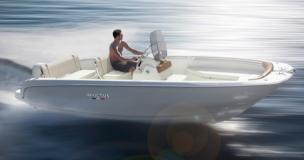 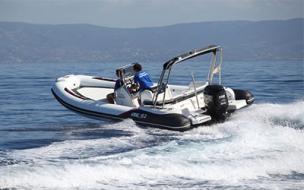 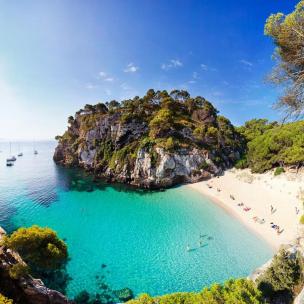 Chances are you’ve probably heard of Menorca’s (Minorca) larger cousin Mallorca (Majorca). Of Spain’s famous Balearic Islands which includes Ibiza, Menorca is a little bit more low-key compared to its famous neighbors. The beautiful island is known for its endless beaches and unique turquoise colored bays called “calas.” You can take it all in from the island capital of Mahon which sits on a hill overlooking a large, natural harbor. If you are looking to discover a different side of Spain and get an authentic taste of island life then be sure to check out the beautiful island of Menorca.

Explore the Incredible Parc Natural de s'Albufera des. Grau. The S’Albufera Nature reserve is located in the northeast corner of the island and covers over 10,000 square acres of land, water, and even some islands. This incredible natural reserve will give you a taste of the natural environment of Menorca from its dunes along the coat to the islets and famed diving spots. With your own charter, you can set your own course and discover your secret spots located in the incredible paradise.

Cruise the Balearic Islands. Even the parts of the Balearic Islands that are not a reserve are still stunningly beautiful. When you cruise through this region you can discover tiny fishing villages, exciting coastal towns, and islands with thousands of years of history. Menorca is close enough to its bigger sister islands so you can pop in and enjoy the excitement of nearby Ibiza, but still be far away enough to have your own private beach and camping spots. Not only that, Menorca is located in some of the best fishing waters of the Mediterranean making it a great choice for those looking to try their hands at hauling in a big catch.

Kick Back at the Cala en Turqueta. The Cala en Turqueta is one of the top spots to enjoy on the island. The stunning turquoise waters wrap around a perfect powdery beach making it a great place for you to enjoy a little afternoon siesta. It’s also the ideal to place to enjoy a wide array of boating activities because of its naturally calm conditions. Nearby the Cala en Turqueta are some of the amazing architectural sites and Renaissance churches giving you the perfect blend of history and modernity. Menorca may not be as famous as its bigger cousins, but it’s perfect for those who want to discover the beauty of Spain’s Balearic Islands without the massive crowds and instead enjoy the tranquility of the island. What could be better than that?