This Bali 4.0 is a catamaran from the Catana shipyard launched in November 2017. Since the beginning of December it has been moored in the San Miguel Marina in the south of Tenerife, ready to discover the Canary Islands.

It is a 4 cabin boat with 4 bathrooms equipped with the latest security measures and the most modern technical facilities, it is ideal to navigate comfortably with family or friends. 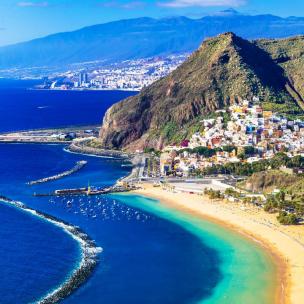 DescriptionThe Canary Islands, a Spanish archipelago off the coast of northwestern Africa, are rugged volcanic isles known for their black- and white-sand beaches. Tenerife, the largest island, is dominated by the sometimes-snowy active volcano Mt. Teide, which has its own astronomical observatory and is part of Teide National Park. Tenerife hosts a huge pre-Lent Carnival in the capital, Santa Cruz de Tenerife.